Who Are Oysters SA

SAOGA was formed to support and represent South Australian oyster growers at a regional, state and national level.  It was established in 1989 by a group of Eyre Peninsula oyster farmers who saw a growing need to take a collaborative approach towards the management of oyster farming in South Australia. SAOGA initially attracted a formal membership of approximately 40 licence holders.  Today, SAOGA’s membership is around 80 which is approximately 86% of all oyster licence holders in South Australia. 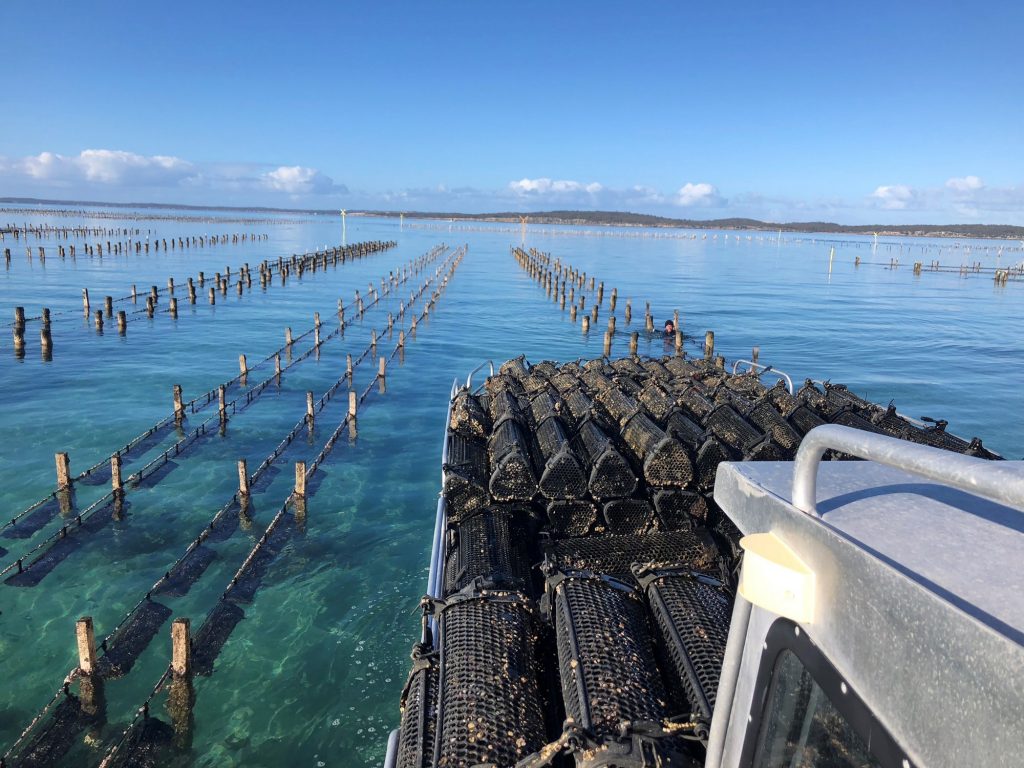 These two bodies created a combined strategic plan for our industry with a strong Vision.

The South Australian Oyster Growers Association (SAOGA) are stalwarts of a sustainable and best practice oyster farming industry that values negligible environmental impacts and acts to secure a certain business environment for current and future farmers and investors in oyster farming to affirm the market position.

We will advance the South Australian Oyster Industry to benefit growers through: meaningful research and development conducted by our South Australian Oyster Research Council; by helping to secure production capacity; through good relationships and stakeholder communication; by fostering sustainable farming habits and promoting supply of superior product to market; and delivering through strong governance.”

This strategic vision is strengthened by a statement of mission for SAOGA & SAORC to:

Provide leadership, support, advocacy and representation for South Australian Oyster Growers and to guide outcomes to achieve the strategic vision in collaboration with growers, industry, government and consumers.

This mission is underpinned by:

Check out the strategic plan here to see how the plan focusses resources on these five strategic pillars and their indicators of success. 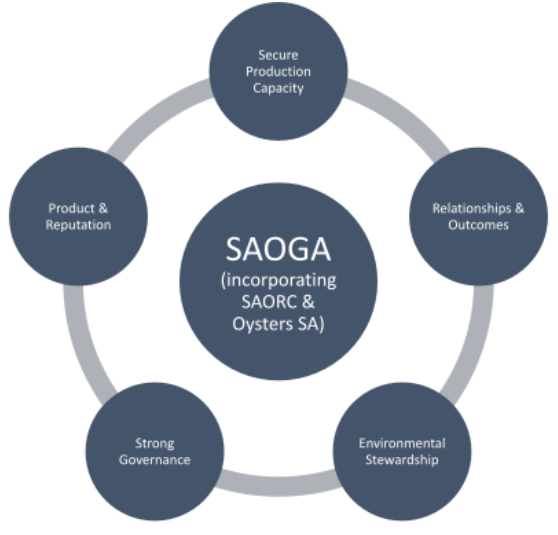 Advocacy and representation is provided for growers on issues such as:

SAOGA and SAORC are governed by Boards led by an Independent Chairman and supported by an Executive Officer who manages the day-to-day affairs of the Association and the Research Council. The Boards are comprised of oyster growers and industry representatives from around the State. Get to know your leadership team here.

SAOGA and SAORC are actively engaged with members, industry, government and the community and utilise contemporary and traditional communication methods including:
Newsletter containing important information of relevance to growers is produced. The newsletter ensures all growers are aware and up-to-date with SAOGA and SAORC issues and initiatives and all the latest happenings in each of the growing areas.
Events including an annual Seminar and Gala Dinner (including awards and auction) at a growing area within the State and an Information Day held in Port Lincoln. These events provide a forum for communication between all levels and aspects of the industry.
Webinars are hosted on topics of interest for growers and those in industry to share and learn from other growers and our associates. A library of webinars on YouTube is kept for reference.
Bay representatives are an effective conduit for information to and from growers to the Association and growers are encouraged to participate in regular bay meetings.
Social Media is utilised to share important industry information with growers as it comes to hand.
Annual General Meeting attendance is also a good way to actively participate in your industry.

SAOGA memberships are available for lease and licence holders and associates are also welcome to participate in the association. If you would like to become a Member, Associate or have a membership question let us know here.

SAORC is funded by a levy on seed sales to SA oyster growers – approval from the Australian Competition and Consumer Commission is obtained for SAORC to collect the levy. No formal membership is required. The levy benefits the whole industry through research and development activities of SAORC. A list of past research and development projects can be found here.